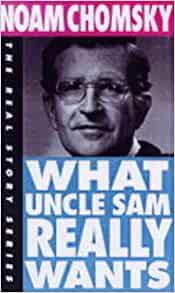 A brilliant distillation of the real motivations behind U.S. foreign policy , compiled from talks and interviews completed between 1986 and 1991, with particular attention to Central America. View more info

IMPERIAL AMBITIONS: CONVERSATIONS WITH NOAM CHOMSKY ON THE POST 9/11 WORLD

In this important new collection of interviews with the acclaimed radio jou rnalist David Barsamian, Noam Chomsky discuses U.S. foreign policy in the p ost-9/11 world. Barsamian has a unique rapport with Chomsky - having conduc ted more interviews and radio broadcasts with him than any other journalist - and here explores topics Chomsky has never before discussed: the 2004 pr esidential campaign and election; the future of Social Security; the increa sing threat of global warming; and new dangers presented by the United Stat es' ever-deepening entanglement in Iraq. The result is an illuminatin... View more info

THREE FACES OF IMPERIALISM: BRITISH AND AMERICAN APPROACHES TO ASIA AND AFR ICA, 1870-1970 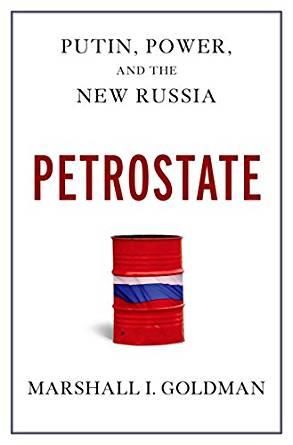 By: Goldman, Marshall I.

In the aftermath of the financial collapse of August 1998, it looked as if Russia's day as a superpower had come and gone. That it should recover and reassert itself after less than a decade is nothing short of an economic an d political miracle. Based on extensive research, including several interviews with Vladimir Put in, this revealing book chronicles Russia's dramatic reemergence on the wor ld stage, illuminating the key reason for its rebirth: the use of its ever- expanding energy wealth to reassert its traditional great power ambitions. In his deft, informative narrative, Marshall Gold... View more info 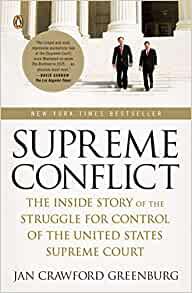 SUPREME CONFLICT: THE INSIDE STORY OF THE STRUGGLE FOR CONTROL OF THE UNITE D STATES SUPREME COURT

A copy that has been read, but is in excellent condition. Pages are intact and not marred by notes or highlighting. The spine remains undamaged. The New York Times bestselling account of the most consequential shift in t he use of American judicial power in almost one hundred years Drawing on unprecedented access to the Supreme Court justices themselves an d their inner circles, acclaimed ABC News legal correspondent Jan Crawford Greenburg offers an explosive newsbreaking account of one of the most momen tous political watersheds in American history. From the series of Republica n nominations... View more info 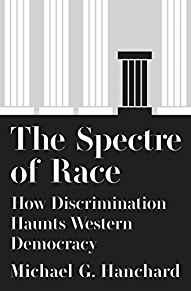 THE SPECTRE OF RACE: HOW DISCRIMINATION HAUNTS WESTERN DEMOCRACY

In excellent condition. Pages are intact and not marred by notes or highlig hting. The spine remains undamaged. How racism and discrimination have been central to democracies from the cla ssical period to today As right-wing nationalism and authoritarian populism gain momentum across t he world, liberals, and even some conservatives, worry that democratic prin ciples are under threat. In The Spectre of Race, Michael Hanchard argues th at the current rise in xenophobia and racist rhetoric is nothing new and th at exclusionary policies have always been central to democratic practices s ince the... View more info 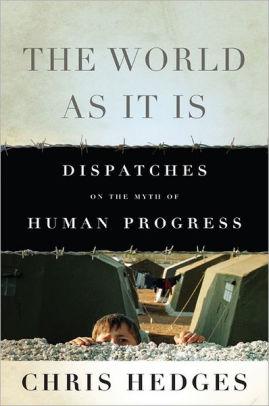 THE WORLD AS IT IS: DISPATCHES ON THE MYTH OF HUMAN PROGRESS

Acclaimed journalist and Pulitzer Prize winner Chris Hedges is one of the g reat moral voices of our age. He has the rare combination of decades of exp erience reporting from conflict zones in Central America, the Middle East, Africa, and the Balkans, and the erudition one would expect from a student of Christian ethics and the classics at Harvard University. He prizes the t ruth over news and facts. And in the pursuit of truth he has risked his car eer; even his life. "I never sought to be objective," he writes. "How can you be objective abou t death squads in El Salvador, massac... View more info 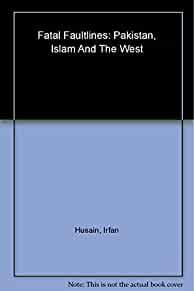 A copy that has been read, but is in excellent condition. Pages are intact and not marred by notes or highlighting. The spine remains undamaged. View more info

SOFT POWER: THE MEANS TO SUCCESS IN WORLD POLITICS

Joseph Nye coined the term "soft power" in the late 1980s. It is now used f requently-and often incorrectly-by political leaders, editorial writers, an d academics around the world. So what is soft power? Soft power lies in the ability to attract and persuade. Whereas hard power-the ability to coerce- grows out of a country's military or economic might, soft power arises from the attractiveness of a country's culture, political ideals, and policies. Hard power remains crucial in a world of states trying to guard their independence and of non-state groups willing to turn to violence. I... View more info 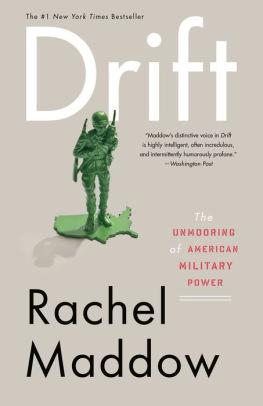 A copy that has been read, but is in excellent condition. Pages are intact and not marred by notes or highlighting. The spine remains undamaged. The #1 New York Times bestseller that charts America's dangerous drift into a state of perpetual war. Written with bracing wit and intelligence, Rachel Maddow's Drift argues tha t we've drifted away from America's original ideals and become a nation wei rdly at peace with perpetual war. To understand how we've arrived at such a dangerous place, Maddow takes us from the Vietnam War to today's war in Af ghanistan, along the way exploring Reagan's radic... View more info 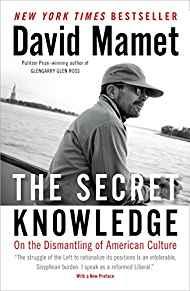 THE SECRET KNOWLEDGE: ON THE DISMANTLING OF AMERICAN CULTURE

A copy that has been read, but is in excellent condition. Pages are intact and not marred by notes or highlighting. The spine remains undamaged. David Mamet has been a controversial, defining force in nearly every creati ve endeavor-now he turns his attention to politics. In recent years, David Mamet realized that the so-called mainstream media o utlets he relied on were irredeemably biased, peddling a hypocritical and d eeply flawed worldview. In 2008 Mamet wrote a hugely controversial op-ed for the Village Voice, "Wh y I Am No Longer a 'Brain-Dead Liberal'", in which he methodicall... View more info 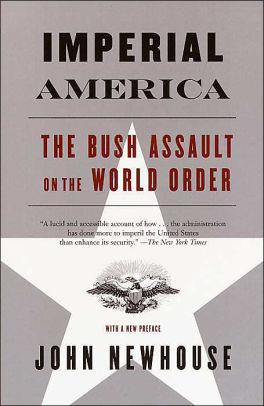 In the aftermath of September 11, 2001, most of the world was ready to acce pt American leadership in a war against terrorism. Yet within a year the Un ited States was estranged from its allies and enmeshed in a costly and incr easingly deadly occupation of Iraq, while virtually ignoring potentially gr eat threats from other parts of the world. In this measured but forcefully argued book, the distinguished foreign correspondent John Newhouse shows wh at went wrong. Timely, knowledgeable, and filled with vivid portraits of such figures as George W. Bush Tony Blair, Donald Rumsfeld, and Dick Ch... View more info 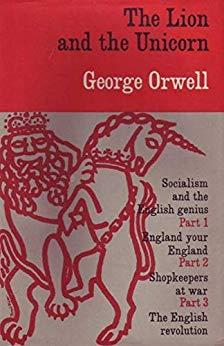 THE LION AND THE UNICORN: SOCIALISM AND THE ENGLISH GENIUS

A copy that has been read, but is in excellent condition. Pages are intact and not marred by notes or highlighting. The spine remains undamaged. In The Lion and the Unicorn George Orwell expressing his opinions on the situation in wartime Britain. It expressed his opinion that the outdated British class system was hampering the war effort, and that in order to defeat Nazi Germany, Britain needed a social patriotic revolution in contrast to the oppressing Soviet totalitarian communism - and also a new form of 'Britishness', one liberated from Empire and the decadent old ruling classes. View more info 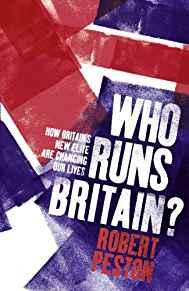 WHO RUNS BRITAIN? HOW BRITAIN'S NEW ELITE ARE CHANGING OUR LIVES

On 13 September 2007, Robert Peston broke the news that Northern Rock had b ecome a victim of the global credit crunch and was seeking an emergency loa n from the Bank of England. It was the latest in a long line of scoops by t his award-winning journalist. Over the weeks that followed, the Government found itself exposed to the Rock to the tune of 57 billion or almost £2000 for every taxpayer. As Robert Peston shows in his fascinating new book, the seeds for the colla pse of Northern Rock and the upheavals in the financial markets were sown y ears before. WHO RUNS BRITAIN? is the first time... View more info 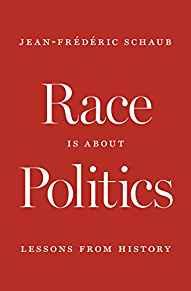 RACE IS ABOUT POLITICS: LESSONS FROM HISTORY

How the history of racism without visible differences between people challe nges our understanding of the history of racial thinking Racial divisions have returned to the forefront of politics in the United S tates and European societies, making it more important than ever to underst and race and racism. But do we? In this original and provocative book, accl aimed historian Jean-Frédéric Schaub shows that we don'tâ??and that we need to rethink the widespread assumption that racism is essentially a modern f orm of discrimination based on skin color and other visible differences. On the cont... View more info 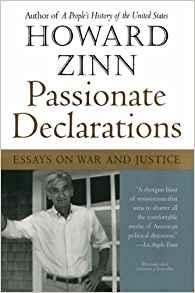 A copy that has been read, but is in excellent condition. Pages are intact and not marred by notes or highlighting. The spine remains undamaged. From the bestselling author of A People's History of the United States comes this selection of passionate, honest, and piercing essays looking at American political ideology. Howard Zinn brings to Passionate Declarations the same astrin. View more info