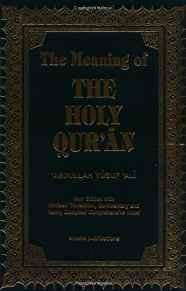 THE MEANING OF THE HOLY QUR'AN (ENGLISH, ARABIC AND ARABIC EDITION)

It has been more than half a century since the first appearance of 'Abdulla h Yusuf 'Ali's superlative work, The Holy QurÂ'an: Text, Translation and Co mmentary. Since that time, there have been innumerable reprinting and milli ons of copies distributed throughout the world. It is, by far, the best kno wn, most studied, and most respected English translation of the Qur'an. It was the first monumental and authoritative work of its kind and it subseque ntly inspired many such similar endeavors. The eloquent poetic style of the translation and the authenticity of the extensive commentaries and e... View more info 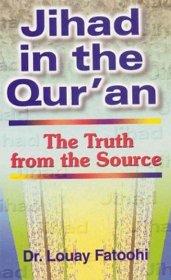 A clean softcover, no markings throughout, NOT an ex-lib book: Islam has increasingly been the subject of gross misunderstanding. One main aspect of this phenomenon has been the association of Islam with violence and aggression. This is particularly epitomized in the widespread misinterp retation of the Islamic concept of "jihad". Some Muslim individuals and groups have misused and abused the term "jihad" to describe their violent activities, which greatly vary in nature and con text. This has played a major role in spreading incorrect information about jihad. The media, in t... View more info 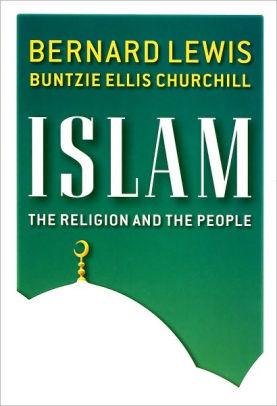 ISLAM: THE RELIGION AND THE PEOPLE / EDITION 1

A copy that has been read, but is in excellent condition. Pages are intact and not marred by notes or highlighting. The spine remains undamaged. Praise for Bernard Lewis "For newcomers to the subject[el]Bernard Lewis is the man." TIME Magazine "The doyen of Middle Eastern studies." The New York Times "No one writes about Muslim history with greater authority, or intelligence , or literary charm." British historian Hugh Trevor-Roper "Bernard Lewis has no living rival in his field." Al Ahram, Cairo (the most influential Arab world newspaper) "When it ... View more info 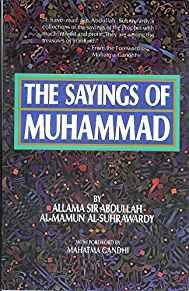 THE SAYINGS OF MUHAMMAD 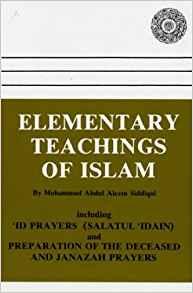 ELEMENTARY TEACHINGS OF ISLAM (US EDITION)

By: Siddiqui, Muhammad A.

A copy that has been read, but is in excellent condition. Pages are intact and not marred by notes or highlighting. The spine remains undamaged. Good introduction to Islam in this revised edition along with how to perform the five daily prescribed prayers, prayer for the dead and the eid prayer. It makes a nice gift to a new Muslim who would like to learn this important pillar of Islam. View more info 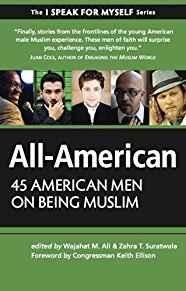 ALL-AMERICAN: 45 AMERICAN MEN ON BEING MUSLIM (I SPEAK FOR MYSELF)

A copy that has been read, but is in excellent condition. Pages are intact and not marred by notes or highlighting. The spine remains undamaged. Follow up work to White Cloud's successful and highly acclaimed May 2011 book I Speak For Myself: American Women on Being Muslim. With this second book in the I Speak For Myself series, American Muslim men speak out on their lives and how their Muslim beliefs play out in private and on the public stage. Contributors include high profile figures in the American Muslim community, representing a new generation that is making a profound impact inside and ... View more info 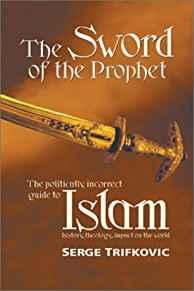 THE SWORD OF THE PROPHET: ISLAM; HISTORY, THEOLOGY, IMPACT ON THE WORLD

The book pulls no punches in identifying the rise of Islamic fundamentalism as the greatest danger to Western values since the end of the Cold War. Th is books outlines Islam's fundamentalist origins, basic tenets, historical record and the implications for the rest of us. View more info