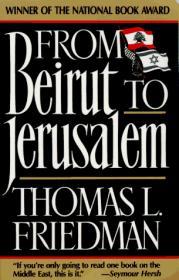 FROM BEIRUT TO JERUSALEM

A read book, but no markings throughout, spine unblemished, NOT an ex-libra ry edition: Winner of the 1989 National Book Award for nonfiction, this extraordinary bestseller is still the most incisive, thought-provoking book ever written about the Middle East. Thomas L. Friedman, twice winner of the Pulitzer Prize for international reporting, and now the Foreign Affairs columnist on the op-ed page of the New York Times, drew on his ten years in the Middle East to write a book that The Wall Street Journal called "a sparkling intellectual guidebook... an engrossing journey not to be missed.&#... View more info

THE FIRST 4000 YEARS : THE RATNER COLLECTION OF JUDAEAN ANTIQUITIES : AN EX HIBITION HELD AT THE PARK SYNAGOGUE, CLEVELAND HEIGHT 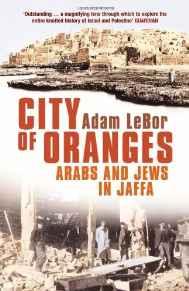 CITY OF ORANGES: AN INTIMATE HISTORY OF ARABS AND JEWS IN JAFFA

Jaffa - famed for its orange groves - was for centuries a city of traders, merchants, teachers and administrators, home to Muslims, Christians and Jew s alike. That is, until the founding of the state of Israel, which was simu ltaneously a moment of jubilation for the Jews and a disaster - the Naqba - for the 100,000 Arabs who fled Jaffa in 1948. Through the stories of six f amilies - three Arab and three Jewish - Adam LeBor delicately illuminates t he complexity of modern Israel, going beyond the media stereotypes and poli tical rhetoric to tell a moving human story. From the Christian Arab c... View more info 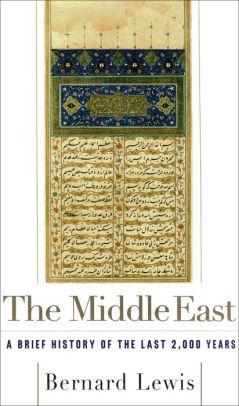 THE MIDDLE EAST: A BRIEF HISTORY OF THE LAST 2,000 YEARS

A copy that has been read, but is in excellent condition. Pages are intact and not marred by notes or highlighting. The spine remains undamaged. A comprehensive history from the world's foremost authority on the Middle E ast. In a sweeping and vivid survey, renowned historian Bernard Lewis charts the history of the Middle East over the last 2,000 years, from the birth of Ch ristianity through the modern era, focusing on the successive transformatio ns that have shaped it. Drawing on material from a multitude of sources, including the work of archaeologists and scholars, Lewis chronologically... View more info 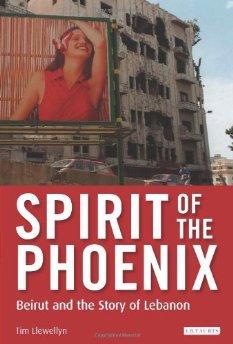 SPIRIT OF THE PHOENIX: BEIRUT AND THE STORY OF LEBANON

A tight clean hardcover, no markings throughout: What is Lebanon all about? Why has this tiny, fertile Mediterranean country become a byword for violence and chaos in the minds of much of the world? In "Spirit of the Phoenix" veteran broadcast journalist Tim Llewellyn wanders the streets of Beirut - the city he once lived in during the civil war - in search of answers to these questions. On every wall there is a poster, in every cafe a dish, on every building a feature, which suggests the history of one of the many peoples that make up this extraordinarily diverse and volatile country.... View more info