THE WAR OF THE ROSES

The Roses met at an auction on Cape Cod. Oliver had just bought a Staffords hire figurineâ??one of a pairâ??but Barbara outbid him for its mate. The fi gurines belonged together, and so did the Roses. Now the two objets d'art s at together on a shelf in the Roses' homeâ??symbols of the passion their ow ners shared. A passion that united them and now was about to tear them apar t. Sharing, for Oliver and Barbara Rose, was a way of life. Living in the mans ion they had restored together, with the antiques they had collected togeth er, their rare wines, their orchids, and their childrenâ??al... View more info

High school football is big in small-town Texas, where communities measure their worth in touchdowns and tackles, and seventeen-year-old schoolboys be come the gods of Friday night. Senior Jonathan Moxon is a disillusioned bac kup quarterback on the powerhouse West Canaan Coyotes, a team steamrolling toward another perfect season. But when a terrible injury sidelines the Coy otes' marquee player, Mox suddenly finds himself in the spotlight...and in the unrelenting sights of coach Bud Kilmer. Coach Kilmer has produced two s tate titles and 22 district championships in his 35 years leading the W... View more info

Ordered to hold an abandoned army post, John Dunbar found himself alone, be yond the edge of civilization. Thievery and survival soon forced him into t he Indian camp, where he began a dangerous adventure that changed his life forever. Relive the adventure and beauty of the incredible movie, DANCES WI TH WOLVES. View more info

An American soldier is sent to a remote outpost on the frontier. He lives a lone with a horse and wolf for company until he encounters a neighbouring S ioux tribe. Slowly he becomes absorbed into the tribe - learning the langua ge and customs of the Sioux - until his old persona is transformed. View more info

His sense of justice outraged by the death of a Black friend, white South A frican schoolteacher Ben Du Toit searches for the truth and challenges the assumptions on which his racist society is founded. View more info

American boy Cedric Errol suddenly finds he has inherited a title and enorm ous wealth and must sail for England. View more info

Sisters Anna and Jane Campion (the Australian directors responsible for suc h films as Loaded and The Piano) have collaborated on this intriguing thoug h rambling first novel. Twenty-year-old Ruth Baron is dragged back from Ind ia, where she has joined a bizarre cult, to her parent's home outside of Sy dney. Once there, her family forces her to undergo an intensive "exiting" p rocess meant to de-program her from the insidious influence of the cult's l eader, Chidaatma Baba. The expert recruited for the job is P.J. (John) Wate rs, a world-weary fellow in his mid-50s who flies in from Ne... View more info

A copy that has been read, but is in excellent condition. Pages are intact and not marred by notes or highlighting. The spine remains undamaged. Based on the hit USA Network series The 4400, an original novel about a gro up of 4400 people taken out of their time and returned to the present day w ith special powers, only no one, including them, is sure if they are a forc e for good...or for evil. Over nine thousand people were killed in Seattle, when promicin was unleashed within the city limits. Now the Federal government has to decide how to deal with citizens who have powers and abilities t... View more info

ENEMY AT THE GATES (CLASSIC MILITARY)

Stalingrad, the bloodiest battle in the history of warfare, cost the lives of nearly two million men and women. It signaled the beginning of the end f or the Third Reich of Adolf Hitler; it foretold the Russian juggernaut that would destroy Berlin and make the Soviet Union a superpower. As Winston Ch urchill characterized the result of the conflict at Stalingrad: "¿the hinge of fate had turned." William Craig, author and historian, has painstakingl y recreated the details of this great battle: from the hot summer of August 1942, when the German armies smashed their way across southern... View more info

OUT OF AFRICA & SHADOWS ON THE GRASS

Out of Africa is Karin Blixen's love letter to the country she called home for nearly 20 years. Arriving in British East Africa (now Kenya) from Denma rk in 1914, Blixen--Isak Dinesen was her pen name--was immediately seduced by the landscape of the Ngong hill country, not to mention the animals and people who inhabited it. Her descriptions bring this wonderland alive for r eaders: out on safari, she recalls the movements of a group of giraffes, "i n their queer, inimitable, vegetative gracefulness, as if it were not a her d of animals but a family of rare, long-stemmed, speckled gigantic ... View more info 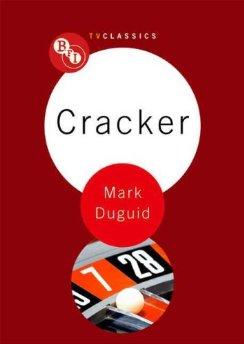 A tight clean softcover, no markings throughout: Cracker (1993-1996; 2007) was one of the stand-out television series of the 1990s, reinvigorating the television crime drama and winning both critical plaudits and ratings success. In Fitz, its flawed, self-destructive, arrog ant but brilliant criminal psychologist hero, the series created one of the decade's most iconic characters, in the process turning Robbie Coltrane fr om a respected comic performer into an award-winning actor and a genuine st ar. Cracker played freely with the conventions of the detective thriller, focusing less on the '... View more info

This is the novelization of the film of the same name. The film centres on the Gulf War and stars Denzel Washington and Meg Ryan. View more info

In 1940s Los Angeles, an unidentified murder victim is found bisected in a shadowy lot. A catchy nickname is given her in jest-"The Virgin Tramp"-and suddenly a "nice little homicide that would have drifted off the front page s in a couple of days" becomes a storm center. Two brothers, Tom and Des Spellacy, are at the heart of this powerful novel of Irish-Catholic life in Southern California just after World War II. Pla yed in the film version by Robert Duvall and Robert De Niro respectively, T om is a homicide detective and Des is a priest on the rise within the Churc h. The ... View more info

A copy that has been read, but is in excellent condition. Pages are intact and not marred by notes or highlighting. The spine remains undamaged. Two outcasts--an adolescent French girl and her Chinese lover--struggle to be together during the waning days of the colonial period. View more info

AN AWESOME ADAPTION OF THE WAR. View more info 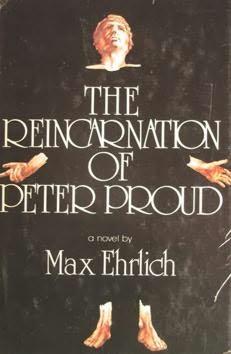 THE REINCARNATION OF PETER PROUD