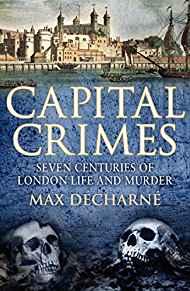 Over seven centuries London has changed dramatically-from walled medieval s ettlement to bustling modern metropolis. But throughout its history there h as been one inescapable constant: murder. It winds through the heart of the capital as surely as the River Thames. Capital Crimes tells the story of c rime and punishment in the city, ­from the killing of infamous "questmonger " Roger Legett during the Peasants' Revolt of 1381 through to the hanging o f Styllou Christofi in 1954. Along the way we encounter such shocking chara cters as railway murderer Franz Muller, the "baby farmer...
View More...