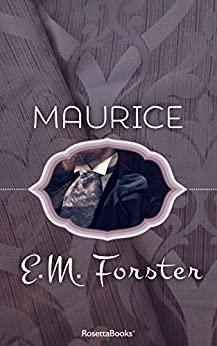 Written in 1914 by the Nobel Prize-nominated author of Howard's End, this i ntimate portrait of homosexual desire "seems as relevant as ever" (The Guar dian). From early adolescence to his college years at Cambridge and into professio nal life at his father's firm, Maurice Hall plays the part of the conventio nal Englishman. All the while, he harbors a secret wish to lose himself fro m society and embrace who he truly is. Maurice's first love, Clive Durham, introduces him to the ancient Greeks wh o embraced same-sex attraction. But when Clive marries a woman, Maurice is distraught enough to seek a hypnotist who might "cure" him of his homosexua lity. In his quest to accept his true self, Maurice must ultimately go agai nst the grain of society's unspoken rules of class, wealth, and politics. Though Forster completed Maurice in 1914, he left instructions for it be pu blished only after his death. Since its release in 1971, Maurice has been w idely praised and adapted for major stage productions as well as the 1987 O scar-nominated film adaptation starring Hugh Grant and James Wilby. "The work of an exceptional artist working close to the peak of his powers." --The New York Times.