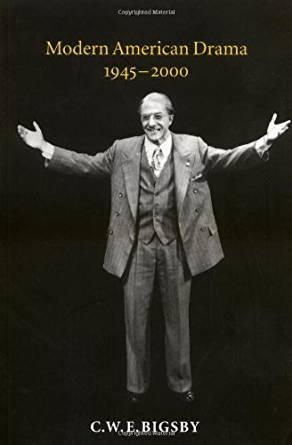 A copy that has been read, but is in excellent condition. Pages are intact and not marred by notes or highlighting. The spine remains undamaged. In this new edition of the widely-acclaimed Modern American Drama, Christopher Bigsby completes his survey of postwar and contemporary theatre and brings the reader up to 2000. While retaining the key elements of the first edition, including surveys of those major figures who have shaped postwar American drama, such as Eugene O'Neill, Tennessee Williams, Arthur Miller, Edward Albee, David Mamet, and Sam Shepard, Bigsby also explores the most recent works and performances: these include plays by established dramatists such as Miller's The Ride down Mount Morgan and Albee's Three Tall Women, as well as works by relatively new playwrights Paula Vogel, Tony Kushner, and Terrence McNally among others. Bigsby also provides a new chapter, 'Beyond Broadway' and offers an analysis of how theatre has formed and influenced the millenial culture of America.