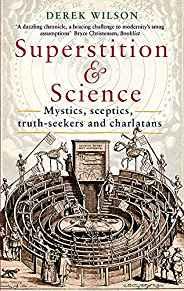 A copy that has been read, but is in excellent condition. Pages are intact and not marred by notes or highlighting. The spine remains undamaged. 'A dazzling chronicle, a bracing challenge to modernity's smug assumptions' - Bryce Christensen, Booklist'O what a world of profit and delightOf power, of honour and omnipotenceIs promised to the studious artisan.'Christopher Marlowe, Dr FaustusBetween the Renaissance and the Enlightenment, Europe changed out of all recognition. Particularly transformative was the ardent quest for knowledge and the astounding discoveries and inventions which resulted from it. The movement of blood round the body; the movement of the earth round the sun; the velocity of falling objects (and, indeed, why objects fall) - these and numerous other mysteries had been solved by scholars in earnest pursuit of scientia. This fascinating account of the profound changes undergone by Europe between the Renaissance and the Enlightenment will cover ground including folk religion and its pagan past; Catholicism and its saintly dogma; alchemy, astrology and natural philosophy; Islamic and Jewish traditions; and the discovery of new countries and cultures.By the mid-seventeenth century 'science mania' had set in; the quest for knowledge had become a pursuit of cultured gentlemen. In 1663 The Royal Society of London for Improving Natural Knowledge received its charter. Three years later the French Academy of Sciences was founded. Most other European capitals were not slow to follow suit. In 1725 we encounter the first use of the word 'science' meaning 'a branch of study concerned either with a connected body of dem.