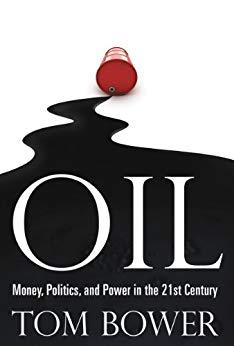 A copy that has been read, but is in excellent condition. Pages are intact and not marred by notes or highlighting. The spine remains undamaged. With unparalleled insight into BP and its safety record leading up to the d isaster in the Gulf of Mexico, Tom Bower gives us a groundbreaking, in-dept h, and authoritative twenty-year history of the hunt and speculation for ou r most vital natural resource. OIL Money, Politics, and Power in the 21st Century Twenty years ago oil cost about $7 a barrel. In 2008 the price soared to $1 48 and then fell to below $40. In the midst of this extraordinary volatilit y, the major oil conglomerates still spent over a trillion dollars in an in creasingly frantic search for more. The story of oil is a story of high stakes and extreme risk. It is the stor y of the crushing rivalries between men and women exploring for oil five mi les beneath the sea, battling for control of the world's biggest corporatio ns, and gambling billions of dollars twenty-four hours every day on oil's p rices. It is the story of corporate chieftains in Dallas and London, trader s in New York, oil-oligarchs in Moscow, and globe-trotting politicians-all maneuvering for power. With the world as his canvas, acclaimed investigative reporter Tom Bower ga thers unprecedented firsthand information from hundreds of sources to give readers the definitive, untold modern history of oil . . . the ultimate sto ry of arrogance, intrigue, and greed. Editorial Reviews From Publishers Weekly In this penetrating study of the modern petroleum industry, journalist and historian Bower (Outrageous Fortune) portrays the last 30 years as a time o.

Title: OIL: MONEY, POLITICS, AND POWER IN THE 21ST CENTURY