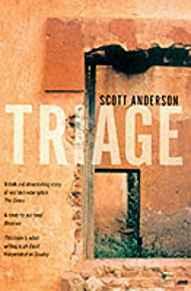 A copy that has been read, but is in excellent condition. Pages are intact and not marred by notes or highlighting. The spine remains undamaged. 'This exploration of the nature of war, history, evil and the impulse to national purity is a novel for our time' - ObserverWhen American photo-journalist Mark Walsh is wounded by an artillery shell in Kurdistan, he finds himself a patient in the Harir Cave - a primitive local hospital where a man's future is decided by the random choice of a coloured chip. Desperate to survive, Mark fakes a recovery and returns to his girlfriend, Elena, in New York, but there life seems to desert him and gradually he becomes crippled, both physically and emotionally.Redemption takes the unlikely form of Dr Joaquin Morales, Elena's grandfather, who 'purified' Franco's officers after the Spanish Civil War and whose persistent questioning finally uncovers the tragedy of Mark's role in Kurdistan and the frightening secret he is compelled to keep hidden. But for the decades Joaquin has been concealing secrets of his own and, in a mesmerising conclusion to the novel, the two men are forced to acknowledge their own shameful contributions to the atrocities of war.