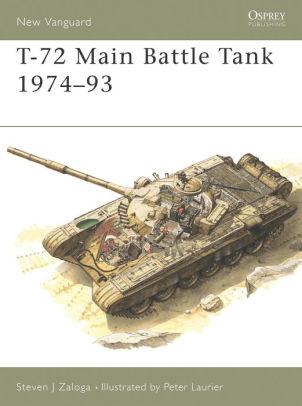 T-72: Main Battle Tank 1974-1993 by Steven J. Zaloga, Peter Sarson The Russian T-72 Ural tank is the most widely-deployed main battle tank of the current generation. Used by the armies of the former Warsaw pact and Soviet Union, it has also been exported in large numbers to many of the states in the Middle East. This book reveals the previously secret history behind the tank. Steven J Zaloga examines the conditions under which the T-72 was designed and produced. Technical aspects of the weapon are also discussed, including its EDZ reactive armour which, when it first appeared in December 1984, gave NATO a nasty shock.