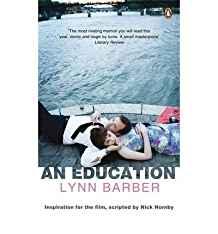 Lynn Barber's true story, now a major film of the same name scripted by Nic k Hornby. At 16, Lynn Barber was an ambitious schoolgirl working towards a place at Oxford, when she was picked up at a bus-stop by an attractive olde r man in a sports car. So began a relationship that almost wrecked her life . Barber's fascinating memoir takes us beyond this bizarre episode, reveali ng how it left her with an abiding mistrust of men which paradoxically led her to a promiscuous life-style at university until she met her husband-to- be. An Education tells how she went on to work for seven years at daring (f or the times) men's magazine Penthouse before beginning her starry days as the Demon Barber - Britain's most entertaining and most feared interviewer. The book ends with an extraordinarily moving account of the early death of her husband. Her writing is refreshingly frank and funny.