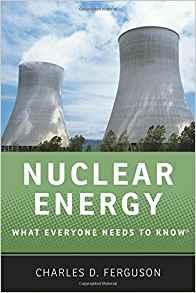 A copy that has been read, but is in excellent condition. Pages are intact and not marred by notes or highlighting. The spine remains undamaged. Originally perceived as a cheap and plentiful source of power, the commerci al use of nuclear energy has been controversial for decades. Worries about the dangers that nuclear plants and their radioactive waste posed to nearby communities grew over time, and plant construction in the United States vi rtually died after the early 1980s. The 1986 disaster at Chernobyl only rei nforced nuclear power's negative image. Yet in the decade prior to the Japa nese nuclear crisis of 2011, sentiment about nuclear power underwent a mark ed change. The alarming acceleration of global warming due to the burning o f fossil fuels and concern about dependence on foreign fuel has led policym akers, climate scientists, and energy experts to look once again at nuclear power as a source of energy. In this accessible overview, Charles D. Ferguson provides an authoritative account of the key facts about nuclear energy. What is the origin of nuclear energy? What countries use commercial nuclear power, and how much electricity do they obtain from it? How can future nuclear power plants be made safer? What can countries do to protect their nuclear facilities from military attacks? How hazardous is radioactive waste? Is nuclear energy a renewable energy source? Featuring a discussion of the recent nuclear crisis in Japan and its ramifications, Ferguson addresses these questions and more in Nuclear Energy: What Everyone Needs to Know, a book that is essential for anyone looking to learn more about this impor.

Title: NUCLEAR ENERGY: WHAT EVERYONE NEEDS TO KNOW