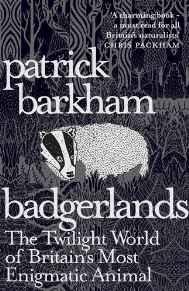 A copy that has been read, but is in excellent condition. Pages are intact and not marred by notes or highlighting. The spine remains undamaged. Britain is the home of the badger - there are more badgers per square kilometre in this country than in any other. And yet many of us have never seen one alive and in the wild. They are nocturnal creatures who vanish into their labyrinthine underground setts at the first hint of a human. Here, Patrick Barkham follows in the footsteps of his badger-loving grandmother, to meet the feeders, farmers and scientists who know their way around Badgerlands: the mysterious world in which these distinctively striped creatures snuffle, dig and live out their complex social lives. As the debate over the badger cull continues, Barkham weighs the evidence on both sides of the argument, and delves into the rich history of the badger - from their prehistoric arrival in Britain and their savage persecution over the centuries, to Kenneth Grahame's fictional creation in Wind in the Willows and the badger who became a White House pet. From the celebrated author of The Butterfly Isles, this is rich, vivid nature writing at its best.

Title: BADGERLANDS: THE TWILIGHT WORLD OF BRITAIN'S MOST ENIGMATIC ANIMAL