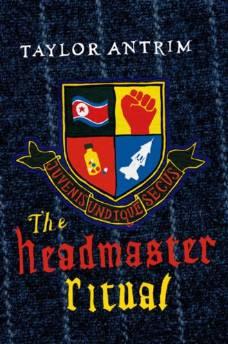 A copy that has been read, but is in excellent condition. Pages are intact and not marred by notes or highlighting. The spine remains undamaged. Taylor Antrim's debut novel is a darkly comic, clear-eyed look at hidden wo rlds whose complexities and rules can be understood only from inside: the i nsular hothouse of boarding school, the thorny dynamics between father and son, and the self-delusion of blind ideological commitment. Dyer Martin, a new history teacher at the prestigious Britton School, arriv es in the fall ready to close the door on the failures and disappointments of his past: a disastrous first job, a broken relationship, and acute uncer tainty about his future. James, a lonely senior, just wants to make it thro ugh his last year unscathed, avoiding both the brutal hazing of dorm life a nd the stern and unforgiving eye of his father, the school's politically ra dical headmaster, Edward Wolfe. Soon, however, both Dyer and James are inescapably drawn into Wolfe's hidde n agenda for Britton, as the headmaster orders Dyer to set up and run a Mod el UN Club for students. As the United States moves steadily toward a confl ict with an increasingly hostile North Korea -- whose pursuit of nuclear te chnology is pushing the world to the brink of nuclear Armageddon -- Wolfe's political fervor begins to consume him, and he sets in motion a plan that will jeopardize his job, his school, and even the life of his own son. With precisely controlled, deceptively subtle storytelling, The Headmaster Ritual is an insightful and captivating examination of the halting, complicated course young men must chart to shake off the influence of f.