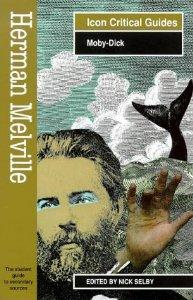 A clean softcover, no markings throughout, NOT an ex-lib book: On its publication in 1851, Moby-Dick baffled and enthralled readers and critics on both sides of the Atlantic. Hailed by some as a work of genius and the first truly American novel, it was dismissed by others as the ravings of a madman. It has since become widely accepted as a masterpiece that anticipates many of the experiments of modernism. The huge range of critical and academic debates about this monster of a novel confirms Moby-Dick's status as a vital and exhilarating exploration of the role of American ideology in defining modern consciousness. In this Readers' Guide, Nick Selby offers a clear view of the development of critical debate about Moby-Dick. The Guide starts with extracts from Melville's own letters and essays and from early reviews of Moby-Dick that set the terms for later critical evaluations. Subsequent chapters deal with the 'Melville Revival' of the 1920s and the novel's central place in the establishment, growth and reassessment of 'American Studies' in the 1940s and 1950s. The final chapters examine postmodern 'New Americanist' readings of the text, and how these provide us with new models for thinking about American culture.