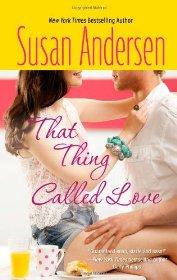 A crisp clean softcover, no markings throughout, NOT an ex-lib book: He's the last man on earth she should want... For a guy she's fantasized about throttling, Jake Bradshaw sure is easy on the eyes. In fact, he seriously tempts inn manager Jenny Salazar to put her hands to better use. Except this is the guy who left Razor Bay-and his you ng son, Austin, whom Jenny adores like her own-to become a globe-trotting p hotojournalist. He can't just waltz back and claim Austin now. Jake was little more than a kid himself when he became a dad. Sure, he'd dreamed of escaping the resort town, but he'd also truly believed that Austin was better off with his grandparents. Now he wants-no, needs-to make up for his mistake. He intends to stay in Razor Bay only until he can convince Austin to return with him to New York. Trouble is, with sexy, protective, utterly irresistible Jenny in his life, and his bed, he may never want to leave.