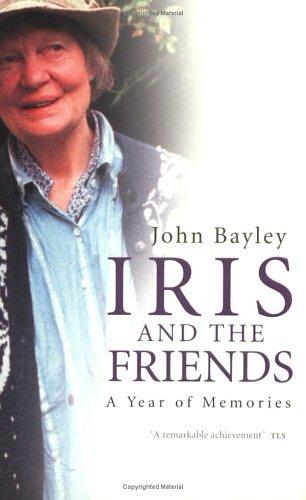 A crisp clean softcover, no markings throughout: After more than three years of suffering from Alzheimer's disease, the novelist and philosopher Iris Murdoch died in January 1999. Early that month she was taken to a home for the terminally ill, and she remained radiant and calm for the last weeks of her life. The last year or so of Iris Murdoch's life provides the framework for IRIS AND THE FRIENDS, but within this structure John Bayley returns repeatedly to memories of his own earlier life, and of more than forty years of marriage to Iris. Alzheimer's is a lonely predicament for the carer, and Bayley describes how he copes with the ordeal of watching his wife become terminally ill by forming a growing dependency on memory as a stand-by, consolation and friend. In the final chapters, Bayley describes his wife's death which was an entirely serene one. He writes of how he is learning to cope with the loss of Iris, and how he is creating a new life for himself. Partly an autobiography, partly the biography of a marriage, IRIS AND THE FRIENDS provides a sensitive and, at times, a gently humourous lesson in the uses of adversity and will enthrall those fans of IRIS who wanted to know more about Bayley himself.

Title: IRIS AND THE FRIENDS B.