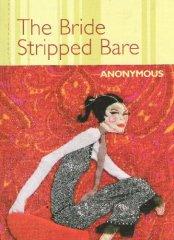 A series of diary entries charts the sinuous paths of marriage and sexual d esire in this artful book, a bestseller in the U.K. The author of the entri es, a nameless 30-something housewife, has disappeared, leaving behind what amounts to 138 "lessons," written in the second-person, for her fellow arc hetypal "good wives." At first, the gimmick is jarring, but as the protagon ist's personality emerges and flowers, readers will be seduced by this some times subtle, sometimes overwrought novel set in modern-day London. At firs t, marriage equals safety to the woman ("it's a relief, to be honest, this surrendering..."), but the sex is humdrum, and Cole, her husband, is remote and fastidious-only oral sex offers a surefire way to orgasm and sometimes he'd just rather watch TV. To make matters worse, he may have engaged in a n affair with her best childhood friend. Beginning work on her long-planned book might cheer her up-and so will an affair with lovely Gabriel, of the "cathedral-wide" chest and silky young skin. Thus she commences erotic adve ntures previously unimaginable. She also becomes pregnant, and the anonymou s author is cannily perceptive about the vicissitudes of pregnancy and new motherhood; she writes strikingly of the surprising erotic passion, emotion al upheaval and anger that can flare during pregnancy. This unusual but str angely compelling novel offers an intimate chronicle of change and self-dis covery, of a woman who makes a final and unexpected choice.