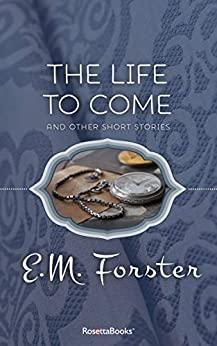 From the literary icon, author of Howard's End and A Passage to India, come s a posthumous collection of short works, many never before published. Featuring fourteen short stories, The Life to Come spans six decades of E. M. Forster's literary career, tracking every phase of his development. Neve r having sought publication for most of the stories--only two were publishe d in his lifetime--Forster worried his career would suffer because of their overtly homosexual themes. Instead they were shown to an appreciative circ le of friends and fellow writers, including Christopher Isherwood, Siegfrie d Sassoon, Lytton Strachey, and T. E. Lawrence. With stories that are lively and amusing ("What Does It Matter?"; "The Obel isk"), and others that are more somber and thought-provoking ("Dr Woolacott "; "Arthur Snatchfold"), The Life to Come sheds a light on Forster's powerf ul but suppressed explorations beyond the strictures of conventional societ y. "Have we been as ready for Forster's honesty as we thought we were? His greatness surely had root in his capacity to treat all human relationships seriously and truthfully. . . . Even the earliest and most ephemeral of them will be recognized as the frailer embodiments of the same passionate convictions that made for the moral iron of his novels." --Eudora Welty, The New York Times Book Review.

Title: THE LIFE TO COME: AND OTHER SHORT STORIES