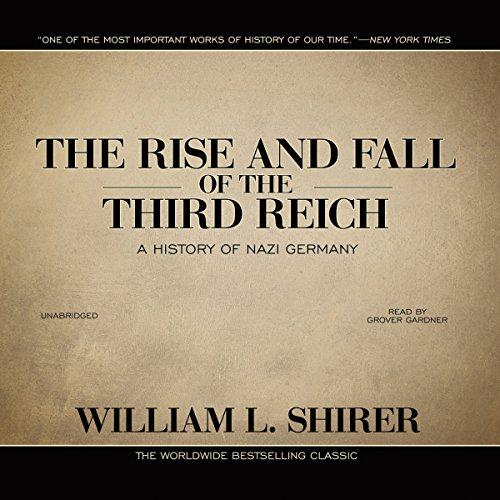 Since its publication in 1960, William L. Shirer's monumental study of Hitl er's German empire has been widely acclaimed as the definitive record of th e 20th century's blackest hours. The Rise and Fall of the Third Reich offer s an unparalleled and thrillingly told examination of how Adolf Hitler near ly succeeded in conquering the world. With millions of copies in print arou nd the globe, it has attained the status of a vital and enduring classic. Now, many years after the end of World War II, it may seem incredible that our most valued institutions and way of life were threatened by the menace that Hitler and the Third Reich represented. Shirer's description of events and the cast of characters who played such pivotal roles in defining the c ourse Europe was to take is unforgettable. Benefiting from his many years as a reporter, and thus a personal observer of the rise of Nazi Germany, and availing himself of some of the 485 tons o f documents from the German Foreign Office, as well as countless other diar ies, phone transcriptions, and other written records, meticulously kept at every level by the Germans, Shirer has put together a brutally objective ac count of how Hitler wrested political control of Germany, and planned and e xecuted his six-year quest to dominate the world, only to see Germany go do wn in flames. This is a richly rewarding experience for anyone who wants to come to grips with the mysterious question of how this menace to civilization ever came into being, much less was sustained for as long as it was. The answer, unfortunately, is that most of Germany, for a whole host of reasons, embraced Nazism and the.

Title: THE RISE AND FALL OF THE THIRD REICH: A HISTORY OF NAZI GERMANY