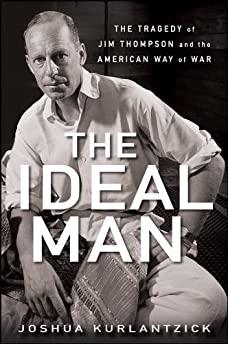 A copy that has been read, but is in excellent condition. Pages are intact and not marred by notes or highlighting. The spine remains undamaged. How the West's greatest spy in Asia tried to stop the new American way of w ar--and the steep price he paid for failing Jim Thompson landed in Thailand at the end of World War II, a former Americ an society dilettante who became an Asian legend as a spy and silk magnate with access to Thai worlds outsiders never saw. As the Cold War reached Tha iland, America had a choice: Should it, as Thompson believed, help other na tions build democracies from their traditional cultures or, as his ex-OSS f riend Willis Bird argued, remake the world through deception and self-servi ng alliances? In a story rich with insights and intrigue, this book explore s a key Cold War episode that is still playing out today. Highlights a pivotal moment in Cold War history that set a course for Ameri can foreign policy that is still being followed today Explores the dynamics that put Thailand at the center of the Cold War and t he fighting in neighboring Laos that escalated from sideshow to the largest covert operation America had ever engaged in Draws on personal recollections and includes atmospheric details that bring the people, events--and the Thailand of the time--to life Written by a journalist with extensive experience in Asian affairs who has spent years investigating every aspect of this story, including Thompson's tragic disappearance.

Title: THE IDEAL MAN: THE TRAGEDY OF JIM THOMPSON AND THE AMERICAN WAY OF WAR