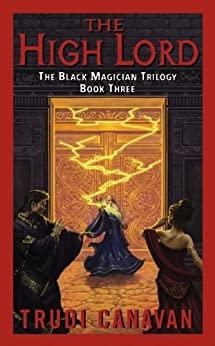 "You want to know the truth." Sonea has learned much since she was but a penniless urchin possessing an a wesome untapped ability. She has earned the grudging respect of her fellow novices and a place in the Magicians' Guild. But there is much she wis hes she had never learned--what she witnessed, for example, in the undergro und chamber of the mysterious High Lord Akkarin . . . and the knowledge tha t the Guild is being observed closely by an ancient fearsome enemy. Still, she dares not ignore the terrifying truths the High Lord would share with her, even though she fears it may be base trickery, a scheme to use her astonishing powers to accomplish his dark aims. For Sonea knows her future is in his hands--and that only in the shadows will she achieve true greatness . . . if she survives.