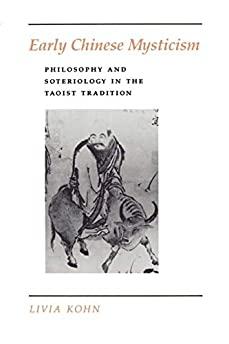 A copy that has been read, but is in excellent condition. Pages are intact and not marred by notes or highlighting. The spine remains undamaged. Did Chinese mysticism vanish after its first appearance in ancient Taoist philosophy, to surface only after a thousand years had passed, when the Chinese had adapted Buddhism to their own culture? This first integrated survey of the mystical dimension of Taoism disputes the commonly accepted idea of such a hiatus. Covering the period from the Daode jing to the end of the Tang, Livia Kohn reveals an often misunderstood Chinese mystical tradition that continued through the ages. Influenced by but ultimately independent of Buddhism, it took forms more various than the quietistic withdrawal of Laozi or the sudden enlightenment of the Chan Buddhists. On the basis of a new theoretical evaluation of mysticism, this study analyzes the relationship between philosophical and religious Taoism and between Buddhism and the native Chinese tradition. Kohn shows how the quietistic and socially oriented Daode jing was combined with the ecstatic and individualistic mysticism of the Zhuangzi, with immortality beliefs and practices, and with Buddhist insight meditation, mind analysis, and doctrines of karma and retribution. She goes on to demonstrate that Chinese mysticism, a complex synthesis by the late Six Dynasties, reached its zenith in the Tang, laying the foundations for later developments in the Song traditions of Inner Alchemy, Chan Buddhism, and Neo-Confucianism.