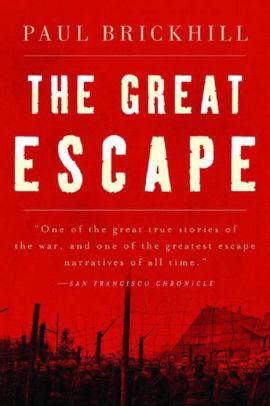 A copy that has been read, but is in excellent condition. Pages are intact and not marred by notes or highlighting. The spine remains undamaged. They were American and British air force officers in a German prison camp. With only their bare hands and the crudest of homemade tools, they sank shafts, forged passports, faked weapons, and tailored German uniforms and civilian clothes. They developed a fantastic security system to protect themselves from German surveillance. It was a split-second operation as delicate and as deadly as a time bomb. It demanded the concentrated devotion and vigilance of more than six hundred men-every one of them, every minute, every hour, every day and night for more than a year. Made into the classic movie starring Steve McQueen.