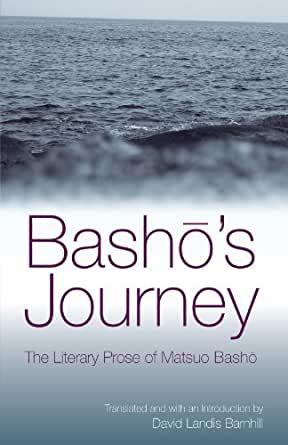 Offers the most comprehensive collection of Basho's prose available, beauti fully translated into English. In Basho's Journey, David Landis Barnhill provides the definitive translati on of Matsuo Basho's literary prose, as well as a companion piece to his pr evious translation, Basho's Haiku. One of the world's greatest nature write rs, Basho (1644-1694) is well known for his subtle sensitivity to the natur al world, and his writings have influenced contemporary American environmen tal writers such as Gretel Ehrlich, John Elder, and Gary Snyder. This volum e concentrates on Basho's travel journal, literary diary (Saga Diary), and haibun. The premiere form of literary prose in medieval Japan, the travel j ournal described the uncertainty and occasional humor of traveling, appreci ations of nature, and encounters with areas rich in cultural history. Haiku poetry often accompanied the prose. The literary diary also had a long his tory, with a format similar to the travel journal but with a focus on the p lace where the poet was living. Basho was the first master of haibun, short poetic prose sketches that usually included haiku. As he did in Basho's Haiku, Barnhill arranges the work chronologically in order to show Basho's development as a writer. These accessible translations capture the spirit of the original Japanese prose, permitting the nature images to hint at the deeper meaning in the work. Barnhill's introduction presents an overview of Basho's prose and discusses the significance of nature in this literary form, while also noting Basho's significance to contemporary American literature and environmental thought. Excellent not.