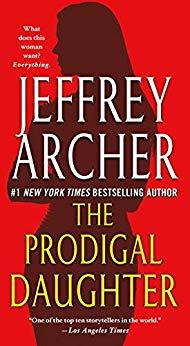 With a will of steel, Polish immigrant Florentyna Rosnovski is indeed Abel' s daughter. She shares with her father a love of America, his ideals, and h is dream for the future. But she wants more to be the first female presiden t. Golden boy Richard Kane was born into a life of luxury. The scion of a bank ing magnate he is successful, handsome, and determined to carve his own pat h in the world-and to build a future with the woman he loves. With Florentyna's ultimate goal only a heartbeat away, both are about to di scover the shattering price of power as a titanic battle of betrayal and de ception reaches out from the past-a blood feud between two generations that threatens to destroy everything Florentyna and Richard have fought to achi eve. BONUS MATERIAL INCLUDED: 1st chapter of Jeffrey Archer's newest novel SINS OF THE FATHER, coming May 2012. SINS OF THE FATHER: On the heels of the international bestseller Only Time Will Tell, Jeffrey Archer picks up the sweeping story of the Clifton Chroni cles.... Only days before Britain declares war on Germany, Harry Clifton, hoping to escape the consequences of long-buried family secrets, and forced to accept that his desire to marry Emma Barrington will never be fulfilled, has join ed the Merchant Navy. But his ship is sunk in the Atlantic by a German U-bo at, drowning almost the entire crew. An American cruise liner, the SS Kansa s Star, rescues a handful of sailors, among them Harry and the third office r, an American named Tom Bradshaw. When Bradshaw dies in the night, Harry s eizes on the chance to escape his tangled past and assumes his identity. On landing in America, however, B.