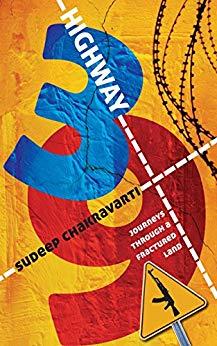 A copy that has been read, but is in excellent condition. Pages are intact and not marred by notes or highlighting. The spine remains undamaged. In Highway 39: Journeys through a Fractured Land, Sudeep Chakravarti attemp ts to unravel the brutal history of Nagaland and Manipur, their violent and restive present, and their uncertain and yet desperately hopeful future, a s he travels along Dimapur, Kohima, Senapati, Imphal, Thoubal, and their hi nterlands - all touch points of brutalized aspiration, identity, conflict a nd tragedy. These are the lands that nurture deadly acronyms - like AFSPA, an act of Parliament that with impunity hurts and kills citizens. Lands whe re militants not only battle the Indian government but also each other in a frenzy of ego, politics and survival, and enforce 'parallel' administratio ns. About the Author Sudeep Chakravarti is the author of Red Sun: Travels in Naxalite Country (2008, 2009), a work of narrative non-fiction about India's ongoing Maoist rebellion that was short-listed for the Vodafone Crossword Non-fiction Award 2008. He is also the author of three novels. Tin Fish, his best-selling debut novel, was published in 2005; it was republished by HarperCollins in 2011. The Avenue of Kings, the sequel, was published to critical acclaim in 2010. His third novel, Once Upon a Time in Aparanta (2008), a dark satire, will soon be republished as an e-book.