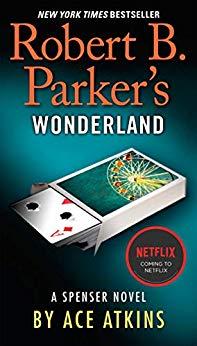 A copy that has been read, but is in excellent condition. Pages are intact and not marred by notes or highlighting. The spine remains undamaged. SOON TO BE A NETFLIX ORIGINAL FILM STARRING MARK WAHLBERG AS SPENSER! Old friends. Small favors. Bitter rivals. Stirred together, it all makes fo r one explosive cocktail in this New York Times bestselling thriller that h as Spenser feeling the heat... Henry Cimoli and Spenser have been friends for years, yet the old boxing trainer has never asked the private eye for a favor. Until now. A developer is trying to buy up Henry's condo on Revere Beach--with a push from local thugs. Soon Spenser and his apprentice, Zebulon Sixkill, are on the trail of a mysterious woman, a megalomaniacal Las Vegas kingpin, and a shady plan to turn a chunk of land north of Boston into a sprawling casino. As alliances shift and twisted dreams surface, the Boston political machine looks to end Spenser's investigation one way or another--and once and for all.