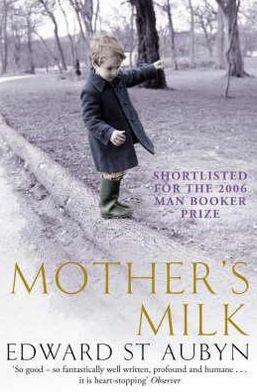 Writing with the scathing wit and bright perceptiveness for which he has be come known, celebrated English author Edward St. Aubyn creates a complex fa mily portrait that examines the shifting allegiances between mothers, sons, and husbands. The novel's perspective ricochets among all members of the M elrose family -- the family featured in St. Aubyn's widely praised trilogy, Some Hope -- starting with Robert, who provides an exceptionally droll and convincing account of being born; to Patrick, a hilariously churlish husba nd who has been sexually abandoned by his wife in favor of his sons; to Mar y, who's consumed by her children and overwhelming desire not to repeat the mistakes of her own mother. All the while, St. Aubyn examines the web of f alse promises that entangle this once illustrious family -- whose last vest ige of wealth, an old house in the south of France -- is about to be donate d by Patrick's mother to a New Age foundation. An up-to-the-minute dissecti on of the mores of child-rearing, marriage, adultery, and assisted suicide, Mother's Milk showcases St. Aubyn's luminous and acidic prose -- and his m asterful ability to combine the most excruciating emotional pain with the d riest comedy.