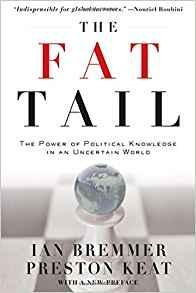 A copy that has been read, but is in excellent condition. Pages are intact and not marred by notes or highlighting. The spine remains undamaged. In recent years, investors have learned the hard truth that in the internat ional economy, politics often matters at least as much as economic fundamen tals for the performance of global markets. Too many companies and investor s haven't yet learned to read the warning signs: their expertise lies much more in economics than politics, and the temptation is to hope that highly volatile situations such as the 2008 Georgia-Russia confrontation will be f ew and far between. But as Ian Bremmer and Preston Keat demonstrate, these scenarios--and their catastrophic effects on business--happen much more fre quently than we imagine. On the curve that charts both the frequency of the se events and the power of their impact, the 'tail' of extreme political in stability is not reassuringly thin but dangerously fat. This groundbreaking book is the first to both identify the wide range of political risks that global firms face and show investors how to effectively manage them. Written by two of the world's leading figures in political risk management, it reveals that while the world remains exceedingly risky for businesses, it is by no means incomprehensible. Political risk is unpredictable, but it is easier to analyze and manage than most people think. Applying the lessons of world history, Bremmer and Keat survey a vast range of contemporary risky situations, from stable markets like the United States or Japan, where politically driven regulation can still dramatically effect business, to more preca.

Title: THE FAT TAIL: THE POWER OF POLITICAL KNOWLEDGE FOR STRATEGIC INVESTING