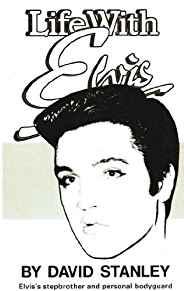 When David Stanley was just four years old, his mother married Vernon Presl ey. For the next seventeen years he called the Graceland Mansion home and n ew Elvis Presley as a big brother and friend. Life With Elvis is an inciden t biography of the man became the King of rock 'n' roll to millions of peop le. From the excitement of fast cars and motorcycles, sex and drugs on tour - to violence, despair and the site of Elvis's body face down on the bathr oom floor - David Stanley paints an honest, compassionate picture of the gr eatest reduced to pathos. He also tells his own story as Elvis's bodyguard. Caught up in the comment that was Elvis, he gave way to every impulse a ge nerous salary and a loving brother could allow. The death of his hero nearl y killed David Stanley, too, until he discovered that the tragedy of Elvis signaled a new beginning for himself. --- from book's back cover.