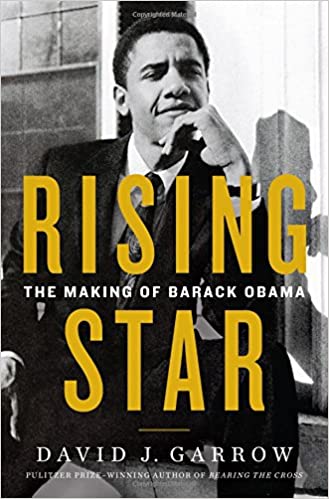 Rising Star is the definitive account of Barack Obama's formative years tha t made him the man who became the forty-fourth president of the United Stat es-from the Pulitzer Prize-winning author of Bearing the Cross Barack Obama's speech at the 2004 Democratic National Convention instantly catapulted him into the national spotlight and led to his election four yea rs later as America's first African-American president. In this penetrating biography, David J. Garrow delivers an epic work about the life of Barack Obama, creating a rich tapestry of a life little understood, until now. Rising Star: The Making of Barack Obama captivatingly describes Barack Obam a's tumultuous upbringing as a young black man attending an almost-all-whit e, elite private school in Honolulu while being raised almost exclusively b y his white grandparents. After recounting Obama's college years in Califor nia and New York, Garrow charts Obama's time as a Chicago community organiz er, working in some of the city's roughest neighborhoods; his years at the top of his Harvard Law School class; and his return to Chicago, where Obama honed his skills as a hard-knuckled politician, first in the state legisla ture and then as a candidate for the United States Senate. Detailing a scintillating, behind-the-scenes account of Obama's 2004 speech , a moment that labeled him the Democratic Party's "rising star," Garrow al so chronicles Obama's four years in the Senate, weighing his stands on vari ous issues against positions he had taken years earlier, and recounts his t hrilling run for the White House in 2008. In Rising Star, David J. Garrow has created a vivid portrait.