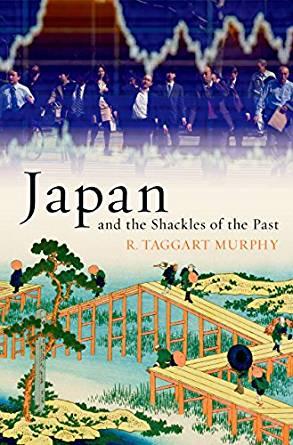 A copy that has been read, but is in excellent condition. Pages are intact and not marred by notes or highlighting. The spine remains undamaged Japan is one of the world's wealthiest and most technologically advanced na tions, and its rapid ascent to global power status after 1853 remains one o f the most remarkable stories in modern world history. Yet it has not been an easy path; military catastrophe, political atrophy, and economic upheava ls have made regular appearances from the feudal era to the present. Today, Japan is seen as a has-been with a sluggish economy, an aging population, dysfunctional politics, and a business landscape dominated by yesterday's c hampions. Though it is supposed to be America's strongest ally in the Asia- Pacific region, it has almost entirely disappeared from the American radar screen. In Japan and the Shackles of the Past, R. Taggart Murphy places the current troubles of Japan in a sweeping historical context, moving deftly from early feudal times to the modern age that began with the Meiji Restoration. Combining fascinating analyses of Japanese culture and society over the centuries with hard-headed accounts of Japan's numerous political regimes, Murphy not only reshapes our understanding of Japanese history, but of Japan's place in the contemporary world. He concedes that Japan has indeed been out of sight and out of mind in recent decades, but contends that this is already changing. Political and economic developments in Japan today risk upheaval in the pivotal arena of Northeast Asia, inviting comparisons with Europe on the eve of the First World War. America's half-completed effort to r.

Title: JAPAN AND THE SHACKLES OF THE PAST (WHAT EVERYONE NEEDS TO KNOW)