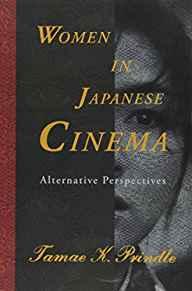 A copy that has been read, but is in excellent condition. Pages are intact and not marred by notes or highlighting. The spine remains undamaged. By studying Japanese films and their associated literature, Tamae K. Prindle reveals the covert stories of Japanese women versus orthodox history. Fifteen films bring this theme into focus. "Mother," "Wife," "Prostitute," "Girl," and "Woman," represent categories the public used to code Japanese women in the pre-feminist age. Each chapter features three films depicting women in the premodern age, in the World War II period, and in late twentieth-century Japan, and each embraces the three films within the perspective of ecological feminism, sexuality, alienation, illusion, and power-over/power-to. Shedding light on cultural, historical and/or ideological backgrounds of the films under study in important new ways, this book breaks new ground in the study of women in Japanese culture.--Adapted from page 4 of cover.