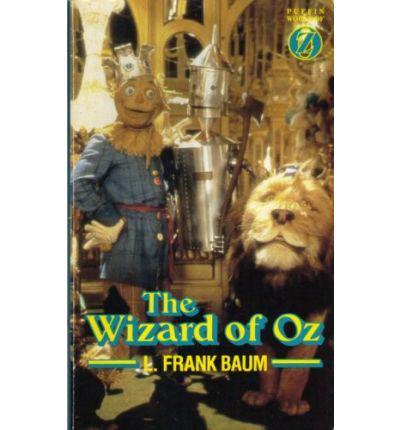 'There is no place like home...' This enchanting tale has captivated genera tions of children and adults alike. When a tornado crashes through Kansas C ity, Dorothy and her dog Toto are whisked far away, over the rainbow, to a strange land called Oz. How will they ever get home? And what is at the end of the yellow brick road? Plucky Dorothy and Toto embark on a magical adve nture to search for the Wizard of Oz and along the way encounter new friend s: the Tin Woodman, the Scarecrow and the Cowardly Lion. About the Author L. FRANK BAUM was born in New York in 1856. "The Wizard of Oz" was based on a story he used to tell his own children. It was published in 1900 and became an international bestseller. "The Wizard of Oz "was made into a stage play in 1902 and a film starring Judy Garland in 1939. Baum wrote 12 more Oz novels and six short stories. After his death in 1919, his publishers carried on producing Oz stories and didn't stop until 1963!

Title: THE WIZARD OF OZ