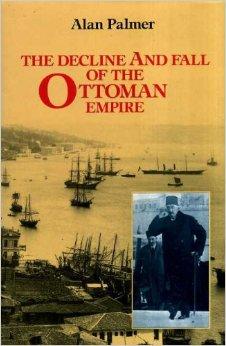 A copy that has been read, but is in excellent condition. Pages are intact and not marred by notes or highlighting. The spine remains undamaged. Like Charles II, the Sick Man of Europe was "an unconscionable time dying". Time and time again from the 17th century observers predicted the collapse of the Ottoman Empire, yet it outlived all its rivals. As late as 1910 it straddled three continents. This book offers an overview of the Ottoman Empire's decline from the failure to take Vienna in 1683 to the abolition of the Sultanate in 1922 by Mustafa Kemal, after a revolutionary upsurge of Turkish national pride. The narrative deals with constantly recurring problems: competing secular and religious authority; acceptance or rejection of Western ideas; greedy neighbours; population movements; and the strength or weakness of successive Sultans. But the book also gives special emphasis to the challenges of the early 20th century, when railways and oilfields gave new importance to Ottoman lands in the Middle East. Recent events have put the problems that faced the later Sultans back upon the world agenda. Names like Basra and Mosul again make the headlines. Alan Palmer's narrative reminds us of the long, sad continuity of conflict in the Lebanon. We read of the Kurdish struggle for survival, of Armenian aspirations for independence, of the lingering interest of the Ottomans in their Libyan provinces, and of the Muslim character of Sarajevo in troubled Yugoslavia. The Ottoman past has great relevance to the changing patterns of eastern Europe and western Asia in this last decade of the century.

Title: THE DECLINE AND FALL OF THE OTTOMAN EMPIRE