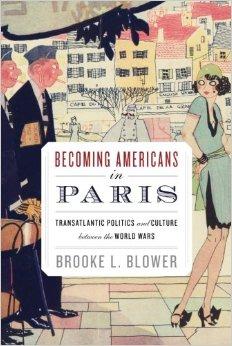 Americans often look back on Paris between the world wars as a charming esc ape from the enduring inequalities and reactionary politics of the United S tates. In this bold and original study, Brooke Blower shows that nothing co uld be further from the truth. She reveals the breadth of American activiti es in the capital, the lessons visitors drew from their stay, and the passi onate responses they elicited from others. For many sojourners-not just for the most famous expatriate artists and writers- Paris served as an importa nt crossroads, a place where Americans reimagined their position in the wor ld and grappled with what it meant to be American in the new century, even as they came up against conflicting interpretations of American power by ot hers. Interwar Paris may have been a capital of the arts, notorious for its pleasures, but it was also smoldering with radical and reactionary plots, suffused with noise, filth, and chaos, teeming with immigrants and refugees, communist rioters, fascism admirers, overzealous police, and obnoxious tourists. Sketching Americans' place in this evocative landscape, Blower shows how arrivals were drawn into the capital's battles, both wittingly and unwittingly. Americans in Paris found themselves on the front lines of an emerging culture of political engagements-a transatlantic matrix of causes and connections, which encompassed debates about "Americanization" and "anti-American" protests during the Sacco-Vanzetti affair as well as a host of other international incidents. Blower carefully depicts how these controversies and a backdrop of polarized European politics honed Americans' political.

Title: BECOMING AMERICANS IN PARIS: TRANSATLANTIC POLITICS AND CULTURE BETWEEN THE WORLD WARS