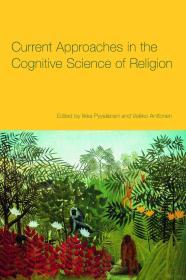 A read copy but no markings throughout, unblemished spine, NOT an ex-librar y edition: The cognitive science of religion is a new field that has emerged within Religious Studies in the past two decades. In this volume, the world's leading experts present an up-to-date introduction to problems, theories and recent findings in this branch of inquiry. The issues discussed focus on the cognitive sources of recurrent phenomena that can be subsumed in the category of 'religion' in cultures the world over. For instance, the contributors posit questions as to why religious concepts emerge in the first place and what is the role that memory plays in the cultural transmission of beliefs and practices pertaining to religion. In explaining these and many other issues, the authors draw on the study of primate cognition, linguistics, anthropology as well as developmental, cognitive and evolutionary psychology.The cognitive science of religion represents a dramatic change (a "cognitive turn") in the inherited ways of understanding religious phenomena. It will significantly alter the current views of religion within the fields of Religious Studies and Cultural Anthropology. Instead of questions centering on the existence of gods, spirits or ghosts, or the cultural diversity of myths, beliefs and rituals, this field of study focuses on the role that the human mind and its evolved cognitive machinery play in the construction of supernatural repertoires.The book is of interest to scholars in religious studies and comparative religion as well as in anthropology, psychology and cognitive science.

Title: CURRENT APPROACHES IN THE COGNITIVE SCIENCE OF RELIGION