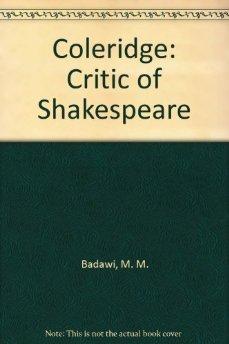 Coleridge's theories, insights and practical criticism underlie nearly all subsequent criticism in English. It was not only that he turned decisively away from eighteenth century views (clearly and usefully surveyed in the fi rst chapter). His powerfully general theories of the imagination and of poe tic language and structure provided permanent insights. He saw the plays as organic structures of poetic effects, the product of conscious artistry. T hese served Shakespeare's deep human insight, both psychological and moral. Dr Badawi provides a lucid analysis of the elements of Coleridge's critici sm of Shakespeare, demonstrating the relationship with his criticism genera lly, and bringing out its originality, its validity and its influence on ou r concepts of poetic language, dramatic form and our response to the whole medium.