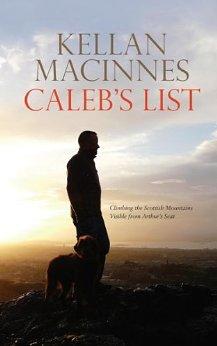 Edinburgh. 1898. on the cusp of the modern age. Caleb George Cash mountaine er, geographer, antiquarian and teacher stands at the rocky summit of Arthu r's Seat. His reason for standing there was to chart which mountains were v isible from his point on the summit -- The Arthurs. He came up with a list of twenty mountains (all over 100ft/300m high), including Schiehallion and Ben Lomond. Caleb's list was first published in 1899, eight years after Mun ro published his list of mountains over 3000ft, and since then it has been all but forgotten. This book tells the story of how Caleb's list came about and provides directions and route descriptions for those wishing to climb the mountains on the list. More than just a climbing book, this is also the story of a survivor. The author was diagnosed with AIDS at the age of 33, and becoming an 'Arthurist' has helped him carry on with life. Editorial Reviews About the Author KELLAN MacINNES was born in 1963 and began hill walking when he was a teenager. For the past 24 years he has lived with HIV/AIDS. He holds an honours degree in psychology from the University of Aberdeen and currently works for one of Scotland's leading charities supporting people living with HIV. He lives with his civil partner and their two dogs in Edinburgh in one of the streets at the foot of Arthur's Seat. Caleb's List is his first book.