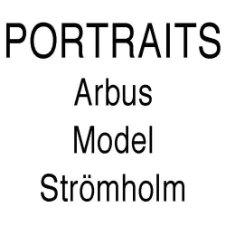 A crisp clean hardcover, no markings throughout, NOT an ex-lib: Diane Arbus, Lisette Model and Christer Strömholm belong to a generation of photographers who went out into society and used their cameras as tools for artistic exploration. The exhibition will show a selection of work by each of the three photographers with portraits as the common denominator. In the case of Diane Arbus focus will be on her photographs from the sixties that were included in the first book devoted to her work published by Aperture in 1972. With Lisette Model emphasis will be on her work in America from the 1940s onwards. Christer Strömholm will primarily be represented by pictures from Paris taken during the 1960s but we are also including a selection of photos from his trips to the USA. In their choice of subjects the three photographers show that they have related interests as is also apparent in the way that they worked. From a Swedish point of view it is an interesting experiment to place Christer Strömholm in an international context with two American women photographers. This will enable us to view his work and Swedish history of photography in a new and different light.