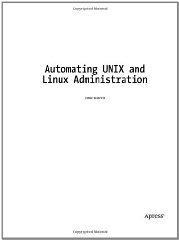 A crisp clean softcover, no markings throughout: From the creator of the popular open source projects AutoRpm and LogWatch c omes a thorough and entertaining book. -- About the Author Kirk Bauer has been involved in computer programming since 1985. He has bee n using and administering UNIX systems since 1994. Although his personal fa vorite UNIX variant is Linux, he has administered and developed on everythi ng from FreeBSD to Solaris, AIX, and HP-UX. He is the author of various ope n source solutions, such as Logwatch. Kirk has been involved with software development and system/network administration since his first year at the G eorgia Institute of Technology. He has done work for the Georgia Tech Resea rch Institute, Fermi National Accelerator Laboratory, and DHL. In 2000, Kir k was one of the founders and the chief technology officer of TogetherWeb, which was purchased in 2003 by Proficient Systems. Kirk is now a systems en gineer with F5 Networks. Kirk graduated from Georgia Tech in 2001 with a bachelor's degree in computer engineering and is pursued his master's in business administration at Arizona State University. He lives in Peoria, Arizona with his two dogs, and his lovely wife, Rachel.