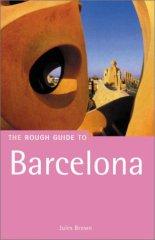 INTRODUCTION Barcelona has boomed since the early 1990s, when preparations for the Olymp ic Games wrenched it into modernity, and today it remains well in the vangu ard of other Spanish cities (with the possible exception of Madrid) in term s of prosperity, stability and cultural activity. It's a confident, progres sive city, looking towards the rest of Europe for its inspiration and its i nnovations - the classic tourist images of Spain seem firmly out of place i n Barcelona's bustling central boulevards and stylish modern streets. And s tyle is what brings many visitors here, attracted by enthusiastic newspaper and magazine articles which make much of the outrageous architecture, user -friendly city design, agreeable climate and frenetic nightlife. Even the m edieval Gothic quarter and its once-notorious red-light area have been swep t up by the citywide renovation programme, which is still running at full t ilt. As the new millennium starts Barcelona has continued to blossom from p rovincial city! to putative European capital. It's no accident that the city's current development outstrips most of the rest of Spain. With the return to democracy following the death of Franco, the various Spanish regions were allowed to consolidate their cultural identities through varying degrees of political control over their own affairs. Catalunya (Catalonia in English), of which Barcelona is the capital, has an historical identity going back as far as the ninth century, when the first independent County of Barcelona was established, and through the long period of domination by Castile, and even during the Franco dictatorship when a policy of.

Title: THE ROUGH GUIDE TO BARCELONA